I like to experiment with a lot of different styles and techniques which you'll see here!

A background illustration done for a character design class. It is based off of a place from the animation "Adventure Time" but redesigned to look more eerie

A piece done where we chose a novel and created an illustration based off of the scene; this one being from Harry Potter and the Philosopher’s Stone. Colored Version

UP DOWN LEFT RIGHT

My graphic novel thesis about my life at university. In order to illustrate my struggles, I used my non-dominant hand to draw myself When I felt out of place. Process

A fun piece I did in my free time. It's a crossover between Ghostbusters and Mob Psycho 100.

An illustration entered into Umbra's contest which won and was used as the sample picture for frames on sale.

A t-shirt design done for a contest online for a webcomic. It is sold in Hot Topic and online at Welovefine.

An illustration I did for a book cover which was designed to look like a real novel which was based around the movie “Spirited Away”. 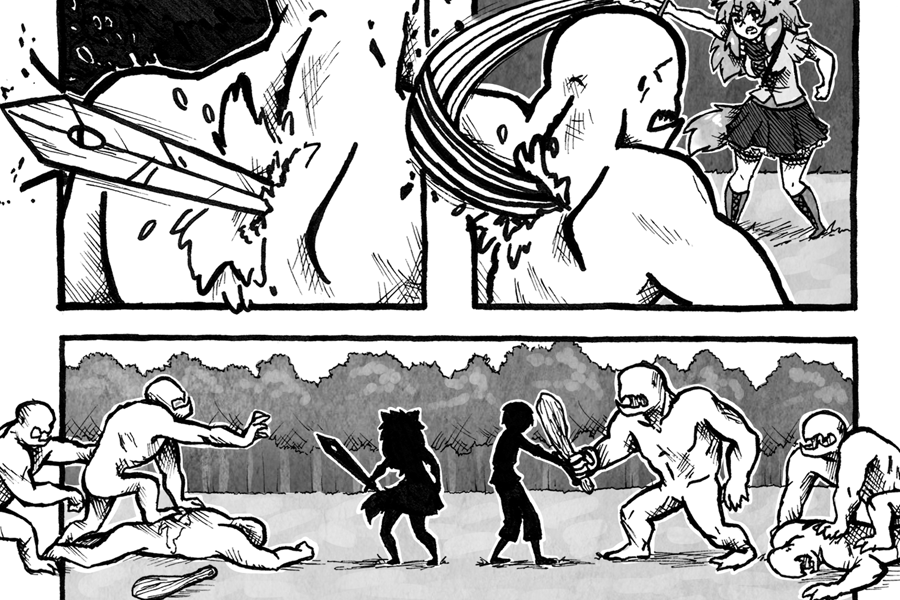 An illustration I did for a project where myself and some others made a working video game together. This was used for the end screen.